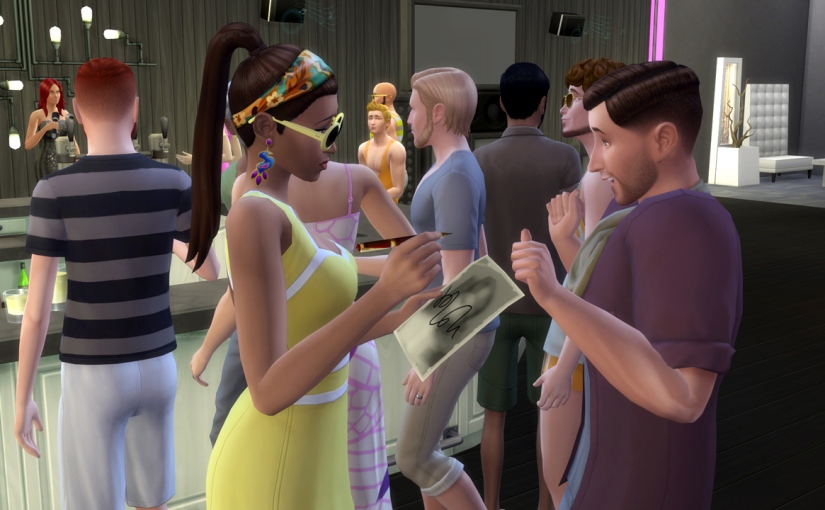 Fixes an issue where some celebrities will always produce faulty autographed pictures, which appear completely blacked out.

Bug fixed by this mod

There are twenty different autograph signature styles in the game, and your celebrity sims will default to using one of these signatures for their autographed photos.

This mod replaces the faulty signature image with a working file with a transparent background, resulting in working autographs for any celebrities who default to using this signature style.

The official bug report for this can be found at EA Answers HQ: Celebrity autographed photo with distorted black overlay. Visit the thread and click “me too” to raise its importance for hopefully getting an official patch fix.

Downloading and installing the mod

This bug appears to have been stealth fixed at some point. The game appears to have the corrected version of the bugged file at least since the December 2019 update (PC 1.59.73.1020), so this mod is no longer needed.

Download the mod package file and place it in your Mods folder for The Sims 4, found in Documents > Electronic Arts > The Sims 4 > Mods.

Totally into The Sims, various MMOs and previously appeared on podcasts. Noob blogger. View all posts by Galactrix